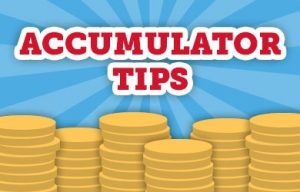 There’s an element of Groundhog Day to this, but boy are we glad to see the back of the international break!

It seems that every time that the fixture list is decimated by international games we struggle with our accas, and clearly a lack of action in leagues we have compiled a wealth of data and insight about is detrimental to our returns.

Of our five picks last week, two landed, one was void (Maidenhead vs Harrogate called off due to international call-ups!?) and two failed; one of which saw Bury thump Stevenage in a contest we expected to be much closer.

And so we go again, this time with a fixture list bursting to the brim with potential! Here are this week’s football accumulator betting tips:

Brentford, many pundits’ dark horses for a play-off tilt this season, have struggled royally since former boss Dean Smith swapped the outskirts of London for the West Midlands at Aston Villa.

It’s clear that the methods of his successor, Thomas Frank, aren’t working, with the Bees slipping to four defeats in their last five.

You know what you’re going to get with any Tony Pulis side, and Middlesbrough have taken well to his no-frills approach to the beautiful game.

The Boro sit second in the Championship table, just two points behind leaders Leeds, ad so far they have lost just 1/8 on the road whilst on league duty.

Readers of a certain vintage may just recall the days when Notts County were a top-flight side.

These days, the Magpies are in the doldrums and in real danger of slipping out of the Football League altogether unless they can arrest their decline.

Managerless since the sacking of Harry Kewell, the Nottinghamshire side are without a win in six (W0 D2 L4) and perhaps more worryingly are leaking goals left, right and centre: 13 in their last half-dozen.

In contrast, Morecambe – a smaller club than the Magpies, no doubt – are benefitting from the stability afforded by sticking by Jim Bentley, who continues to over-achieve magnificently at the club.

The Shrimps are on a little unbeaten run of three, and they will surely fancy their chances of extending that on Saturday.

There is very little separating these two teams, but the fact that Port Vale have improved defensively of late – and that Swindon are a vary ordinary side – hands the advantage to the Valiants.

The hosts have conceded just three goals in their last five games, a run which includes a trio of clean sheets, and that solid foundation gives them an excellent chance against the Robins.

Swindon have won just one of their last nine League Two matches, remarkably failing to find the net in seven of those.

As if to compound the misery, they were stuffed 0-4 by Carlisle last time out.

It’s rare to get a chance to back Barcelona at an odds-against price.

And it’s fair to say the Catalan giants look fantastic value against an Atletico Madrid side with some major injury headaches.

Diego Simeone will be without defensive lynchpin Diego Godin, while his usual partner Jose Maria Gimenez is also struggling with injury.

The Atleti manager may need to hand a debut to a youth teamer or move midfield schemer Saul Niguez back into defence; neither of which is ideal.

Barca will be able to grasp control of La Liga with a positive result here, and it’s rare for Lionel Messi and co to miss out on such an opportunity.

If you follow your Expected Goals stats, you may already know that there is little to choose between Freiburg and Werder Bremen in the German Bundesliga.

All of which makes it rather surprising that the away side are so well fancied by the bookmakers.

Freiburg are certainly capable, and a run of just one defeat in five – a spell which has included games against the likes of Bayern Munich, Bayer Leverkusen and Borussia M’gladbach – is testament to their toughness.

Werder, meanwhile, are reeling. Three defeats on the spin, with eleven goals conceded, is not ideal form, and quite how the visitors find themselves such a clear favourite here s anybody’s guess.