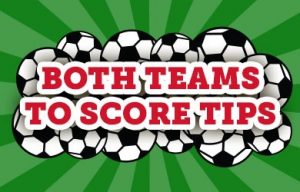 We were just two goals away from the clean sweep last time out.

Three of our tips landed with ease – 3-2, 3-3 and 2-2 scorelines are a delight to see as a BTTS punter, and the 10/11 win in Millwall vs Everton was particularly satisfying.

But of the two that denied us the full house….Hull, who had bludgeoned 15 goals in their previous five outings, somehow failed to find the net at Blackburn. It’s a tough school, at times.

Nevertheless, we march onto this week’s both teams to score betting tips column with profit in our pocket and hope in our heart!

Cardiff’s performance against Arsenal on Tuesday was one driven by emotion. The Bluebirds are still mourning the disappearance of Emiliano Sala, of course, while left back Joe Bennett played just three days after his father passed away.

They didn’t get a result at the Emirates but it was a stirring performance, and we expect more of the same on home soil on Saturday.

Neil Warnock has brought in Oumar Niasse to take the goalscoring pressure off Calum Paterson, and the former Everton man certainly knows how to put the ball in the net.

Bournemouth are usually good for goals themselves, of course, netting in 16/23 league outings.

But it’s the Cherries’ fragility on the road which makes BTTS a real contender here.

The magic mark has landed in ten of their last twelve outings, and outright that would have landed punters a tidy profit.

Indeed, the Swans have quietly gone about compiling a really impressive attacking record: barring the rare blank against Aston Villa on Boxing Day, you have to back to October to see the last time they failed to find the net.

Bristol City are a strange side. They have kept ten clean sheets this season, but seven of those have come on the road. In short, they have shipped in 11/14 matches at Ashton Gate, and we’re happy for them to extend that record here!

The wheels appear to be coming off at Portsmouth, who have now lost three of their last four League One matches to slip away from the top of the table.

The good news for Pompey is that they are still scoring goals, having netted in four of their last five and 25/29 all season long.

We’re always happy to back Doncaster in the BTTS market. They have scored in 10 of their last 11 games, and only Luton have netted more times than the Yorkshiremen in League One.

If you’re moving to Italy and looking for a good-value team to go and watch, may we recommend Atalanta.

Their 21 Serie A games thus far have delivered a staggering 77 goals; that’s an average of 3.66 per game!

That goes up to an incredible 49 goals in eleven away matches, with 29 scored and 20 conceded. They’ve bludgeoned 16 in their last four too, but sipped seven in that time as well.

So hosts Cagliari will spot an opportunity to take a scalp, and they are okay in front of their own supporters. They’ve drawn blanks in 3/10 on home soil, but scored two or more in 50% of their outings.

It’s a case of two terrible defences colliding in this Bundesliga contest.

To be fair to Stuttgart, their woes are unfortunate in that their best two defensive players – World Cup winner Benjamin Pavard and Holger Badstuber – are out injured.

That explains why they have lost four games in a row, conceding a whopping 12 goals in the process.

Stuttgart are, at least, fairly reliable on home soil, netting in each of their last four.

BTTS has hit the spot in 12 of Freiburg’s 19 outings this term, and they just seem to find a way to get the job done: while they concede at a rate of nearly two goals per game on average on the road, they have also scored in 7/9 on their travels.