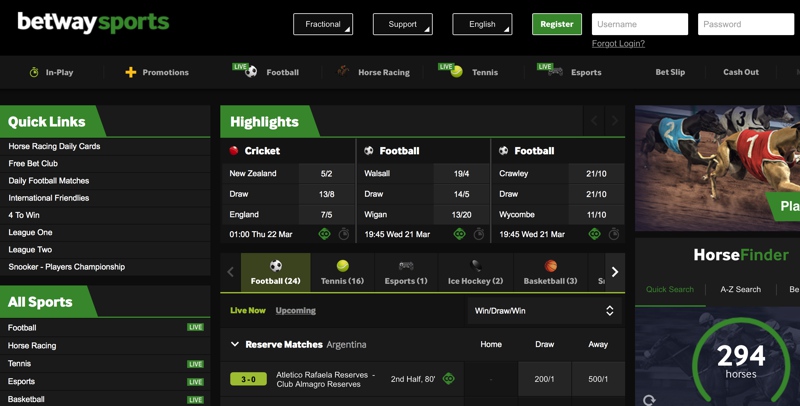 Betway have been about since 2006 and in that time have created a pretty unique sports betting opportunity for their players. What’s been great to see from the company is that they have constantly been able to move with the times and have known when to make changes.

It may sound strange in that, well, that’s their job, but you’d be surprised to see just how many bookmakers fail to do this. They are undoubtedly best known for their work within the football sector and we think they have one of the best ranges of markets in the industry.

That being said, they are often overlooked for their performances elsewhere, but we wanted to highlight that even outside of the likes of football and horse racing, they cover a huge number of sports with the markets to back that up.

Welcome Offer: 100% up to £30
Deposit and bet £10 or more and this amount will be matched with a free bet up to £30 in value. Min odds of 3/4 (1.75) for single bets or 2/5 (1.40) per leg of a multiple bet. This will be available to use for 7 days after registering a new account. Free bet will be added after depositing and activated following qualifying bet placement. T&Cs apply, 18+.
Claim Offer
New customers only, terms and conditions apply, 18+, begambleaware.org

Betway have been an intriguing addition to the online betting industry. They first sprung onto the scene in 2006, but we’d reckon it’s fair to say that it took them a few years to really find their stride. These days however, they are going from strength to strength and now boast one of the fastest growing bookmakers.

The company are based out of Malta and Guernsey, but have offices all over the world including London, Cape Town and the Isle of Man, making them a truly international brand. Betway have worked hard on increasing the exposure of their brand, often by simply sponsoring major sporting vents such as the PDC World Cup of Darts, Davis Cup, Fed Cup and the Snooker UK Championships, to name but a few.

The sport coverage is compact but usable at Betway. They may not have the dozens of sports on offer that some bookmakers do, but what they do have the do well. In fact, we would go as far as as saying that it’s refreshing to see them omit sports where they may have one or two markets on offer, and just work harder and smarter on sports with a larger following, which seems to be the route they have taken.

The statistics section is one of the best we have come across, and they have teamed up with some great companies to compile a huge range of stats from loads of sports. Whilst features aren’t quite as brimming as some sites, we were really pleased to see how many promotions the bookmaker ran, especially for existing users who often get overlooked once signed up.

The best way that we can describe the pricing at Betway is ‘fair’. By this we mean that they are about middle of the road when it comes to odds, so not the best, but by no means the worst. It’s worth noting that they do run a number of enhanced specials from time to time, so these definitely help when taking pricing into account.

The design of the site is simply stunning in our opinion. We love the black and green contrast and whilst we have previously stated that black backgrounds don’t work, for some reason Betway really do seem to have cracked it. We also want to give a quick shout out to their mobile betting app, which again looks and functions superbly.

Betway don’t actually state a maximum bet amount on their site, but when you go to place a bet for some markets you will be prompted with the maximum stake for this specific market.

They do offer up a payout limit on bets though, which currently stands at £500,000. But, this number will fluctuate quite dramatically based on the sports you are betting on and the popularity of the match or league. For example, Premier League football is right at the limit of £500,000, whereas boxing is capped at just £100,000.

The casino has seen huge improvements over the last few years. It’s been much more streamlined and they are actually one of few companies to just one developer for all their games. This does come in the form of Microgaming, who themselves are probably about as big and good as you’re likely to find.

The casino enjoys over 500 games, which is a really strong amount. The fact that they have an exclusive deal with Microgaming means they get to sample new games that they’ve designed before most of the completion. Whilst a huge range of their games are made up from the 400+ slots, their table games and live casino platform is second to none. 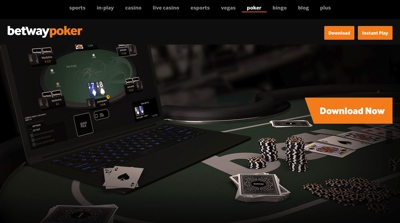 It probably comes as little surprise to hear that Betway are in fact based on the Microgaming Network for their poker rooms. This allows them to utilise their slick and fast poker software, although we can’t help but feel it does look a little dated these days.

They do offer a good range of games, but the reality is that the network isn’t what it once was, which means that it’s not one of the busiest networks in the industry right now. You’ll find that games within peak times are fine and there’s plenty of choice, but off-peak you will see that they take much longer to fill up. 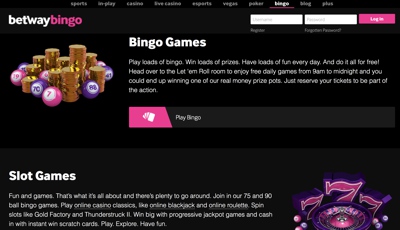 Again, the bingo section is also run by Microgaming and this is an area that they are probably weakest in. It’s been around since 2014, so it’s still fairly new in comparison to the casino and sportsbook. They have shown signs of improvement, coming runner-up in the Which Bingo Best Microgaming Site 2017.

What can’t be denied is the sheer volume of promotions that are on offer. Some are more lucrative than others, but if you’re a bonus hunter and enjoy getting something for nothing, then Betway might just be worth a look.

Where are Betway based?

Betway are probably as international a bookmaker as you will find. They are officially based out of Malta and Guernsey, but they also hold offices in London, Cape Town and the Isle of Man, to give you an idea of both their size and the international appeal of the company.

When were they founded?

The company were founded in 2006 and primarily set up as a sports betting entity. With the almost instant success that they found online, the natural progression was to jump into casino, before then taking on the poker and bingo sectors as well.

What are their main markets?

As previously stated, the company appeal to wide range of countries and with it, they are able to offer their services in over 100 territories. But, these days they are probably biggest within the UK and Ireland, often where they have invested a huge amount in terms of sponsorship.

Are they part of a group?

They are part of the Betway Group. Whilst ‘Betway’ are by their biggest brand, they do include a couple of other casino brands as well, such as Spin Casino, Bingo On The Box and Dream bingo.

Do they sponsor anyone?

Betway have a long and illustrious history with sponsorship deals and they’ve highlighted it as a big part of their mission moving forward. One of their most recent and innovative moves has been the sponsorship of esports events, including some of the top ranked players.

They’ve literally dabbled in just about every sporting event that you can think of including darts, football, snooker, tennis and horse racing, to name just a few. Some of their biggest include West Ham United, The Grand National at Aintree, UK Championship in snooker and the Davis Cup in tennis. 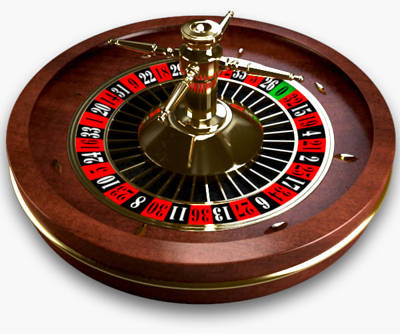